The Lord took care of our dad!

Update on our Dad...copied from our Mom!

Recently Dale and I were told by the medical staff just how sick Dale was when he arrived to Siteman on Oct. 30.
Meaning, in less than 6 hours he went from a 99.3 temp at home to 101.4 in 3 hours...and by the time we arrived at the hospital 2ish hours later, he was 102.9 with his heart rate in the 120s, lethargic and BP not good.
We were told later that he had been in
mid-level sepsis upon arrival and if he had gotten there even 2 hours later this conversation would have been quite different.
So I would like to Praise the Lord for protecting Dale!
Praise Jesus for giving the Medical Team the wisdom needed to get him up here immediately for prompt treatment.
Praise again for today's medications, knowledge and tests to help fight off this wicked infection!
Yes, it was a terrifying roller-coaster ride to get to today.
Dale was sicker than I have ever seen anyone. Past posts I made will tell you this.
Lab tests discovered this as being a Staph infection called MSSA. Not to be confused with MRSA...both are awful and both are known as a super, sticky-bug. However, MSSA is treatable with Penicillin. (Another shout out of thankfulness to Jesus for this being a treatable infection!!)
They took out Dale's central access line earlier in the week due to MSSA contamination. Infectious Disease has been wanting to get out his port as well for the same reasons
as the possibility of MSSA contamination is high on the port...however even after 4 units of Platelets in 6 hours yesterday, his counts were not high enough for the port to be taken out; the risk of Dale bleeding was too high.
That said, it was then decided the port will remain indefinitely and be the access point for the at-home Penicillin he will receive 24/7 for over 6 weeks.
Once he is done with the medication regimen, there is a risk that the Staph will come out of hiding off the port and rear up again. (It will be after antibiotic treatment of this current infection that they will plan to take the port out to help prevent this).
At-Home Healthcare will be coming out to show me how to use the pump and care for Dale with the administering of the Penicillin. This is a heavy responsibility for me. I do not want to be the reason he lands back into the hospital in the future.
Please pray for wisdom for me to learn how to care for Dale properly where this is concerned.
We get to come home today and begin yet another chapter in this long road to BMT recovery.
Dale's doctor told us, yet again, that the BMT was only the beginning. It takes 6-12 months of hurdles and hiccups before he feels like he did before the BMT...not before cancer.
This is crazy!
But we are realizing how true those words are.
One day at a time.
It's amazing how God designed our bodies to fight infections from little things like dust and bacteria. The immunocompromised person cannot fight off any of that. We want Dale's immunocompromised body to stay as safe as possible.
Praise the Lord for his Mercy and Grace and infinite love.
(and thank you for reading this post, if you made it this far)

July 20, 2021 Hey Ya'll!     Guys, the Lord is good! He is helping our family through one of the most scariest times of our life, but while helping us He is strengthening our faith, hearts, hope, and bringing us closer to him in such a comforting way!       Our brother Nathanael texted this to one of the three of us (Joy) last night when we were dealing with fear and thinking about our Daddy,     For I the Lord will hold thy right hand, saying unto thee, Fear not; I will help thee. Isaiah 41:13      Guys, wow! What a blessing! God IS holding our hands right now telling us not to fear- because He IS helping us!! This verse brought tears to Joy's eyes and helped us to see how faith can move mountains, and how God is helping us strengthen our faith right now to move this mountain in our life...     Another verse is,     Peace I leave with you, my peace I give unto you: not as the world giveth, give I unto you. Let not your heart be troubled, neither let it be afraid. John 14:27 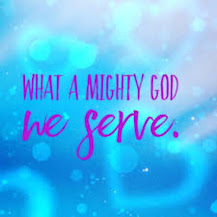 What A Mighty God We Serve!

July 25, 2021      Hey Ya'll!     Our Daddy has been home now for over 24 hours and what a blessing it is to have him finally home! He is tired and out of breath at many times so he spends his time doing quiet things, watching the 2021 Tokyo Olympics, reading, and is very interested in the three of us girls and what we have been up to in the last month of being away from us!          He is still our playful, joke making, handsome Daddy and the magic of him being here, being able to refill his coffee mug again, making his sweet tea, and hearing him hum songs from our favorite movies makes us SO happy!  We love our Daddy, ya'll as you have already guessed!💗     He still has a long road ahead of him, but his positive outlook is so inspirational to us!!!!     Lots of love, The Worthington Girls July 20, 2021 Hey Guys!     Ya'll, we are so happy to be able to tell what we are about to say!! Our Daddy walked 900 steps today on only 2L of oxygen, then 300 steps on 1L, and now the doctor is trying him for a little while on ZeroL of oxygen!!! We hope so badly that this is a sign that our Daddy is DONE with needing breathing assistance and oxygen tanks for a long time! We are hopeful he can return home and get all better for the transplant! This will take many week, maybe even months, but we are headed in the right direction!      God is at work, ya'll!! Thank you, Jesus so much!!     The three of us girls are continuing to pray for more nonstop healing and hopefully soon our Daddy WILL be home with us! Our hearts are overflowing with joy from our Lord as He continues to answer our prayers and the prayers of our other family members! Jesus is our all in all, our loving Father, and the sweetest name we know!💗  Don't forget to check out the previous posts to see how far